The minisode series tackles some of the stories/movies/books/tv shows I'm currently following in a snazzy roundup way-- you brush up on current pop culture all in about 20 minutes (hooray!)
This week, I explore Chrissy Teigen's complicated relationship with Twitter. Why did she leave the social media app of which she's dubbed the informal 'Mayor of Twitter,' why is she back, and what does the Twitterverse think? I break it down.

Colton Underwood comes out as gay on Good Morning America and reveals he has a reality show in the works with Netflix. The interview with Robin Roberts conveniently brushes past his harassment of ex Cassie Randolph as he tries to control the narrative. I found both news of the reality show and interview disappointing, and wonder when the Bachelor franchise will get it together.

Prince Philip passed away at the age of 99 at his home in Windsor Castle last week. His funeral was overshadowed by the palace PR machine and the dynamics between Harry/Meghan and Kate/William. But the real story right now is Queen Elizabeth losing her rock and the person who has been by her side from the beginning. There's a lot of work to do cleaning up the Royal Family's image prior to Charles taking the reigns, but right now their sole focus seems to be positioning Kate as the glue that holds them all together.

Lastly, the celebrity friendship we didn't know we needed--eternal cool girls Natasha Lyonne & Chloe Sevigny. Maybe I'm friendship starved in a COVID world but this read was my favorite profile of the week.

Sign up for updates and our newsletter (coming soon!)

Email has been submitted. 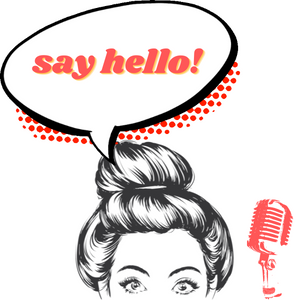